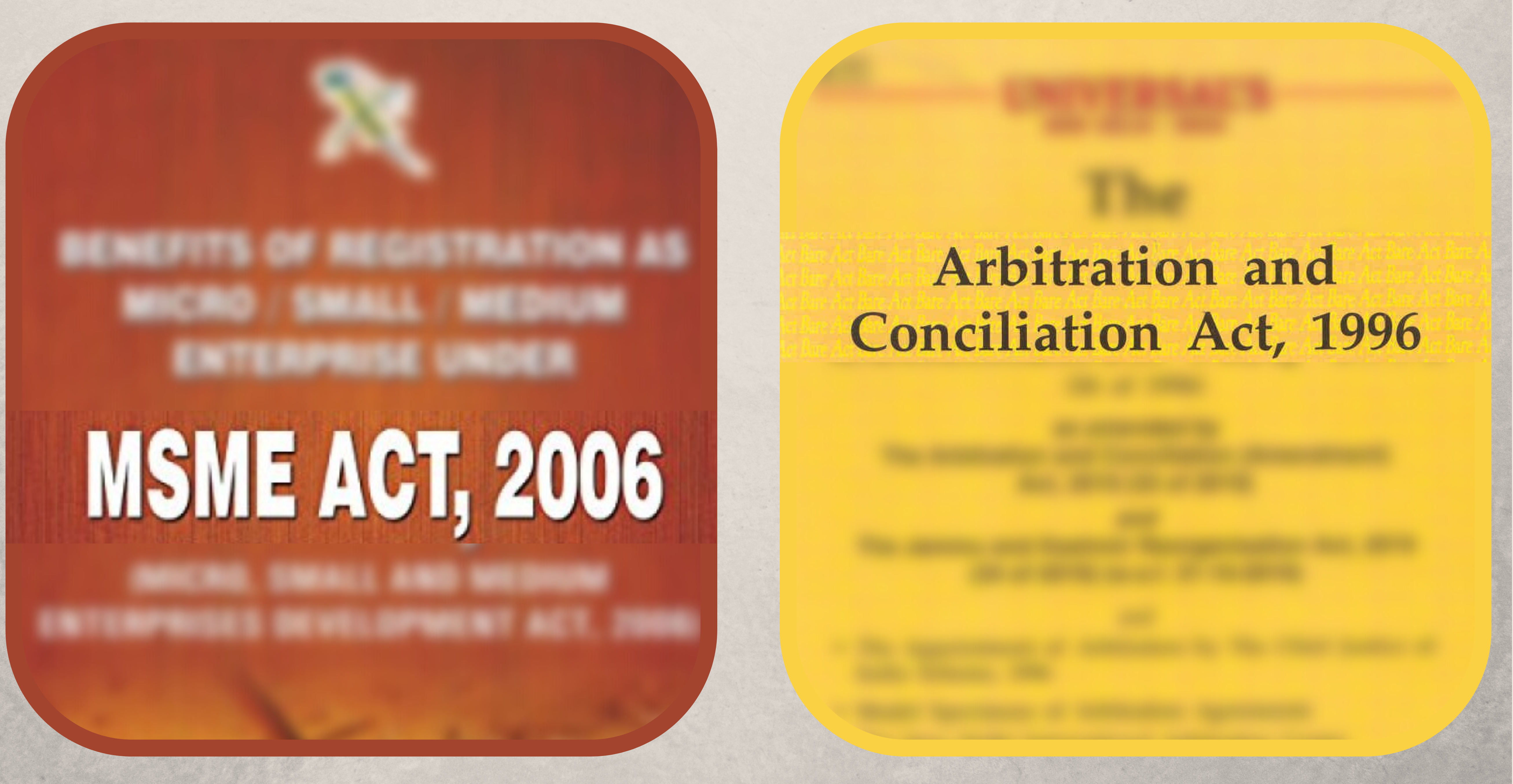 The MSME Act came about with the objective of facilitating the promotion and development, and enhancing the competitiveness of MSME’s, and for matters connected therewith or incidental thereto. It also undertook the task of filling the lacunae of its predecessor, the ‘Interest on Delayed Payments to Small Scale and Ancillary Industrial Undertakings Act, 1993’; which failed to provide for any dispute resolution mechanism through which applicable enterprises could avail of its remedies under the said act.

The Judgment delivered was common to seven Special Leave Petitions (“SLP”), which were clubbed and heard together by the Hon’ble Supreme Court, as all of them involved certain common questions of law pertaining to the MSME Act. Considering the varied factual positions of the seven SLP’s, the Hon’ble Supreme Court stated the following common questions of law for consideration:

(ii) Whether any party to a dispute with regard to any amount due under Section 17 of the MSMED Act, 2006 would be precluded from making a reference to the Micro and Small Enterprises Facilitation Council under sub-section (1) of Section 18 of the said Act, if an independent arbitration agreement existed between the parties as contemplated in Section 7 of the Arbitration Act, 1996?

(iii) Whether the Micro and Small Enterprises Facilitation Council, itself could take up the dispute for arbitration and act as an arbitrator, when the council itself had conducted the conciliation proceedings under sub-section (2) of the Section 18 of the MSMED Act, 2006 in view of the bar contained in Section 80 of the Arbitration Act,1996?”

In addition to the framed issues, the Hon’ble Supreme Court, in a stand-alone averment made before it, also clarified on the aspect of ‘suppliers’ claiming benefits under the MSME Act by registering themselves as MSME subsequent to entering into contracts. It was unequivocally held by the Hon’ble Supreme Court that “if the party Supplier was not the “supplier” within the meaning of Section 2(n) of the MSMED Act, 2006 on the date of the contract entered into between the parties, it could not have made reference of dispute to Micro and Small Enterprises Facilitation Council under Section 18(1) of the MSMED Act, 2006 and in such cases, the Council would not have the jurisdiction to decide the disputes as an arbitrator.” Simply put, the benefits under the MSME Act would be effective ‘prospectively’ to registration as a supplier under the MSME Act; and not ‘retrospectively’.

1.    That the place where the MSME Facilitation Council undertakes the Arbitration is merely the ‘venue’ of arbitration proceedings; and the seat shall remain the same as under the contract between the parties.

2.    Accordingly, the Award passed by the MSME Facilitation Council will be challenged at the ‘seat’ of the Arbitration proceedings, and not the venue.

From the aforesaid, it can be seen that the Judgement of the Hon’ble Supreme Court has truly clarified a lot of ‘grey areas’ in the long-standing dispute between the applicability of the MSME Act over the Arbitration Act; and laid to rest most of the contentions which restricted the MSME Act in achieving its objective and purpose.