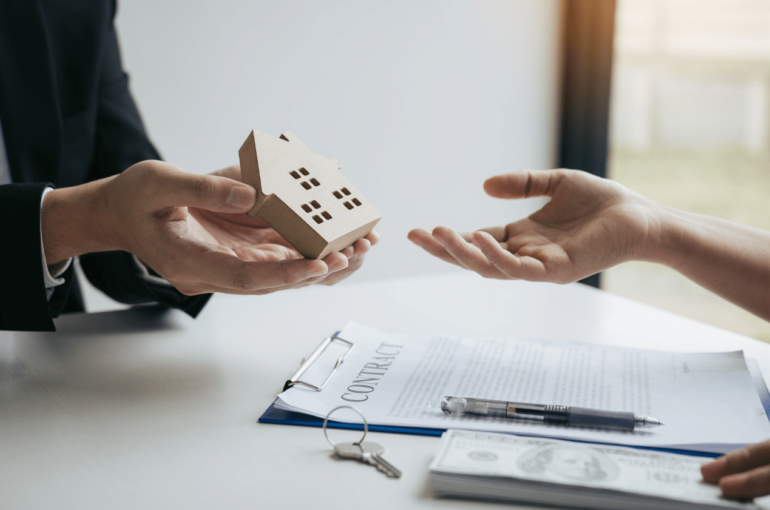 A much debated topic was finally laid to rest when on January 11, 2021, the Supreme Court, comprising of a bench of Dr Dhananjaya Y Chandrachud, Indu Malhotra and Indira Banerjee, JJ., in the matter of Ireo Grace Realtech Pvt. Ltd. vs. Abhishek Khanna[1] held that incorporation of one-sided and unreasonable clauses in an Apartment Buyer’s Agreement constitutes an unfair trade practice falling under Section 2(r) of the Consumer Protection Act.

The appeal comes from order of NCDRC which directed refund of the amounts deposited by the Apartment Buyers on account of inordinate delay in completing the construction and obtaining the Occupation Certificate.

The Apex Court while disposing the appeal dealt with the following issues:

1. Determination of the date for handing over possession

In this case, Clause 13.3 of the agreement stated that the Developer proposed to offer possession of the apartment to the allottee within 42 months from the date of approval of the Building Plans and/or fulfillment of the pre-conditions imposed (“Commitment Period”), on expiry of which an additional ‘Grace Period’ of 180 days were to be given. The issue here was whether the 42 months’ period is to be calculated from the date when the Fire NOC was granted by the concerned authority or the date on which the Building Plans were approved?

In this regard, the Hon’ble Supreme Court referred to Section 15 of the Haryana Fire Safety Act, 2009[2] which makes it mandatory for a Developer to obtain Fire Fighting Scheme and an NOC before commencement of construction. Further, this requirement is stipulated in the sanctioned Building Plans, as also in the Environment Clearance.

Hence, it was held that the 42 months’ period in Clause 13.3 of the Agreement for handing over possession of the apartments would be required to be computed from the date on which Fire NOC was issued, and not from the date of the Building Plans being sanctioned.

2. Whether the terms of the Apartment Buyer’s Agreement are one-sided?

The clauses in the agreement reflect the wholly one-sided terms of the Apartment Buyer‘s Agreement, which are entirely loaded in favour of the Developer, and against the allottee at every step.

The terms of the Apartment Buyer‘s Agreement are oppressive and wholly one-sided, and would constitute an unfair trade practice under the Consumer Protection Act, 1986. The incorporation of such one-sided and unreasonable clauses in the Apartment Buyer‘s Agreement constitutes an unfair trade practice under Section 2(1)(r) of the Consumer Protection Act.

3. Whether primacy to be given to RERA over the Consumer Protection Act?

Hon’ble Court also pointed out that various judgments of the Hon’ble Supreme Court have upheld the applicability of provisions of Consumer Protection Act as an additional remedy, despite the existence of remedies under special statutes, including the Arbitration and Conciliation Act, 1996.

Elaborating on the doctrine of election, the SC mentioned that an allottee may elect or opt for one of the remedies provided by law for redressal of its injury or grievance. An election of remedies arises when two concurrent remedies are available, and the aggrieved party chooses to exercise one, in which event he loses the right to simultaneously exercise the other for the same cause of action.

The bench further referred to a recent judgment in M/s Imperia Structures Ltd. v. Anil Patni and Anr[3], in which it was observed that Section 79 of the RERA Act does not bar the consumer forum from entertaining complaint on behalf of an allottee. Section 18 of the RERA Act specifies that the remedies are “without prejudice to any other remedy available”.

4. Whether the Apartment Buyers are entitled to terminate the Agreement or refund of the amount deposited with Delay Compensation?

The court divided allottee into two categories i.e., those who been issued an Occupation Certificate and those who have not been issued an Occupation Certificate. In the former case, the Developer is obligated to pay Delay Compensation till the date of offer of possession was made to the allottees. The latter category allottees are entitled to refund of the entire amount deposited by them, at an interest rate of 9%.

The aspect of one sided clauses in a Builder Buyer Agreement have haunted many consumers over the years. In view of the growing unrest in the real estate industry with many major real estate companies defaulting in their commitment, this latest judgment by the Hon’ble Supreme Court is another relief for the consumer but may prove to be a blow for the real estate companies who are anyway suffering due to volatile market factors. However, the impact of this judgment over the Agreements being executed by most real estate developers with their clients will have to be assessed over a period of time.

[2]  Section 15. Approval of Fire Fighting Scheme and issue of no objection certificate.—(1) Any person proposing to construct a building to be used for any purpose other than residential purpose or a building proposed to be used for residential purpose of more than 15 meters in height, such as group housing, multi-storeyed flats, walk-up apartments, etc. before commencement of the construction, shall apply for the approval of Fire Fighting Scheme conforming to National Building Code of India, the Disaster Management Act, 2005 (53 of 2005), the Factories Act, 1948 (Act 63 of 1948) and the Punjab Factory Rules, 1952, and issue of no objection certificate on such form, alongwith such field as may be prescribed