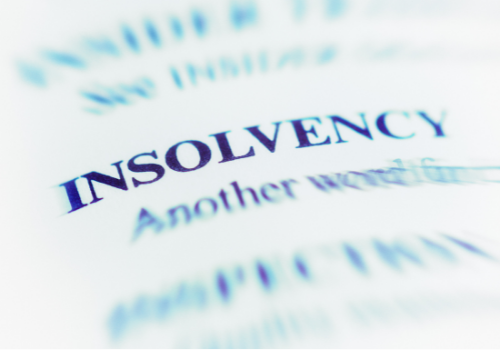 The Hon’ble Supreme Court in its latest judgment dated 21.5.2021 in the case of Lalit Kumar Jain Versus Union of India & Ors. has upheld a Notification dated 15.11.2019 issued by the Central Government amending the Insolvency and Bankruptcy Code and allied rules thereunder. The said judgment primarily allows proceedings against Personal Guarantors of Corporate Debtors to be initiated by the creditors before the NCLT which was not the case prior to the said judgment. The Hon’ble Supreme Court through the said judgment has given teeth to the insolvency process which was in some manner lacking the potential of achieving the desired goal for which it had been brought into force. The 82 page judgment deals with all the contentions and submissions of the Petitioners who were the Personal Guarantors to Corporate Debtors and also the submissions of the union and other stake holders such as the Creditors who were the Respondents. The judgment deals in detail with regard to the powers of the Central Government to execute a law in instalments and in parts. The judgment primarily deals with the fact that the Notification dated 15.11.2019 which has brought an amendment to Section 2(e) of the Code is valid. It was held that the principal ground of attack in all the proceedings that had been clubbed before the Hon’ble Supreme Court set out that the executive government could not have selectively brought into force the code, applied some of its provisions to one sub category of individuals i.e. Personal Guarantors to Corporate Debtors. All the Petitioners in unison argued that the impugned notification i.e. Notification dated 15.11.2019 is ultra vires. The court held that the argument was premised on the nature and content of Section 1(3) which the Petitioners characterized to be conditional legislation and unlike delegated legislation. The Petitioners contended that conditional legislation is a limited power which can be exercised once i.e. in respect of the subject matter of class of subject matters.

The Hon’ble Supreme Court also held that the Central Government was concerned with triggering the insolvency mechanism processes in relation to corporate persons at the earliest. Therefore, by the first three notifications the necessary mechanism such as setting up of the regulatory body, provisions relating to its functions, powers and the operationalization of provisions relating to insolvency professionals and agencies were brought into force. All these clearly show that the Central Government followed a stage by stage process of bringing into force the provisions of the code, regard being had to the similarities or dis-similarities of the subject matter and those covered by the Code.

The Hon’ble Supreme Court further held that the unamended Section 60 contemplated that the adjudicating authority in respect of personal guarantors was to be the NCLT. Yet, having regard to the fact that Section 2 brought all three categories of individuals within one umbrella class as it were, it would have been difficult for the Central Government to selectively bring into force the provisions of Part III only in respect of Personal Guarantors. The Central Government heeded to the report of the expert bodies which recommended that Personal Guarantors to Corporate Debtors facing insolvency process should also been involved in proceedings by the same adjudicator and for this, necessary amendments were required. Consequently the 2018 Amendment Act altered Section 2(e) and sub categorized three categories of individuals resulting in Section 2(e), (f) and (g).

The Hon’ble Supreme Court while highlighting the provisions of the code further stated that Section 2 i.e. (application provision of the code, in relation to different entities), as originally enacted did not contain a separate category of Personal Guarantors to Corporate Debtors.  Instead, Personal Guarantors were part of the category of group of individuals to whom the code applied (i.e. individuals, proprietorship and partnership firms, per Section 2(e) which stated “partnership firms and individuals”). The amendment introduced Section 2(e) i.e. Personal Guarantors to Corporate Debtors as a distinct category to whom the Code applied.

It is pertinent to note as was emphasized during the hearing before the Hon’ble Supreme Court, the purpose of clubbing different proceedings as against the Corporate Debtor and the Personal Guarantor to the Corporate Debtor, before the NCLT, is to achieve the purpose whereby the NCLT would be able to consider the whole picture, as it were, about the nature of the assets available, either during the Corporate Debtors insolvency process or even later. This would facilitate the CoC in framing realistic plans keeping in mind the prospect of realizing some part of the creditors dues from Personal Guarantors.