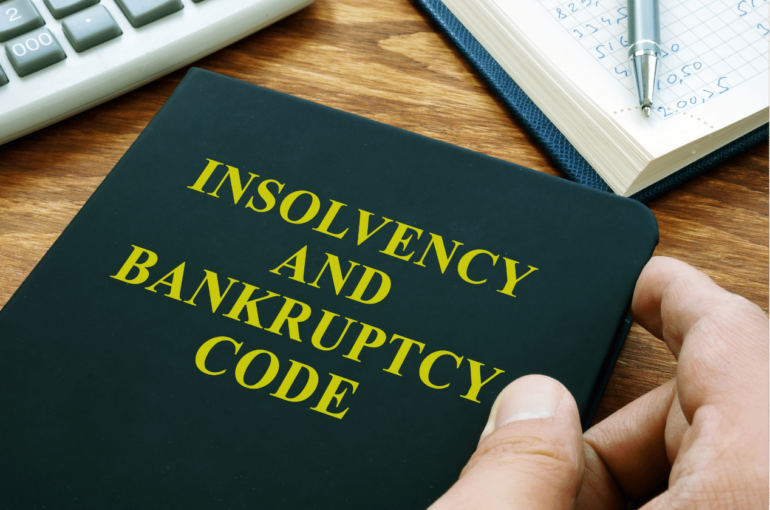 CONSTITUTIONAL VALIDITY OF Sections 3, 4 & 10 OF THE INSOLVENCY AND BANKRUPTCY CODE (AMENDMENT) 2020

A three judge bench of the Hon’ble Supreme Court, comprising of Hon’ble Justices RF Nariman, Navin Sihna and KM Joseph in the case of Manish Kumar v Union of India & Anr  upheld the constitutional validity of Section 3, 4 and 10 of the Insolvency and Bankruptcy Code (Amendment) Act, 2020 (“Amendment Act”) that mandated a minimum of 100 home buyers to come together to file an insolvency application in the National Company Law Tribunal (“NCLT”) to trigger the IBC against a defaulting developer.

In the instant matter, the petitioners approached the Hon’ble Court calling in question the following Sections of the Insolvency and Bankruptcy Code (Amendment) Act, 2020: Sections 3, 4 and 10.

Section 3 of the Amendment Act inserted provisos to Section 7 of the IBC Code to state there should be at least one hundred real estate allottees or ten percent of the total number of allottees, whichever is lesser, to maintain an insolvency petition in respect of a real estate project (retrospective effect).

The Hon’ble Court was of the opinion that the definition of the word “allottee” appears to be split up into three categories broadly, they are- plot, apartment and buildings. In the context of the impugned proviso, in calculating the total number of allottees, the question must be decided with reference to real nature of the real estate project in which the applicant is an allottee. “Real Estate Project” would depend on the terms and conditions and scope of a particular real estate project in which allottees are a part of.

If a law contemplates that the default in a sum of Rs 1 crore can be towards any financial creditor, even if he is not an applicant, the fact that the debt is barred as against some of the financial creditors, who are applicants, whereas, the application by some others, or even one who have moved jointly, fulfill the requirement of default, both in terms of the sum and it not being barred, the application would still lie.

5. The Pioneer judgment– Are amendments violative of it: In Pioneer Urban Land and Infrastructure Ltd. v. Union of India, certain amendments to IBC were challenged. The challenged provisions included the Explanation added to Section 5(8)(f).

After culling out the findings of the Hon’ble Court in the Pioneer judgment, the Court opined that the impugned provisos do not set at naught the ruling in Pioneer judgment. In a challenge by real estate developers upholding the provisions in the manner done including the Explanation in Section 5(8)(f) and allaying the apprehension about abuse by individual allottees cannot detract from the law giver amending the very law on its understanding of the working of IBC at the instance of certain groups of applicants and impact it produces on the economy and the frustration of the sublime goals of the law.

It was added that some of them may approach the Authority under the RERA. Others may, instead, resort to the fora under the Consumer Protection Act, though, the remedy of a civil suit is, no doubt, not ruled out. In such circumstances, if the Legislature, taking into consideration, the sheer numbers of a group of creditors, viz., the allottees of real estate projects, finds this to be an intelligible differentia, which distinguishes the allottees from the other financial creditors, who are not found to possess the characteristics of numerosity, then, it is not for the Court to sit in judgment over the wisdom of such a measure.

7. Restrospectivity in third proviso to S. 7 and effect on vested rights: The Hon’ble Court considered, whether the right under the unamended Section 7 was a vested right of the financial creditors or allottees covered by the provisos 1 and 2, respectively.

It was the Court’s view that there is a right which is vested in the cases where, the petitioners have filed application, fulfilling the requirements under unamended Section 7 of IBC. When applications were filed under the unamended provisions of Section 7, at any rate it would transform into a vested right.

It was pointed out that the word “includes” in Explanation I to Section 11 would indicate that an Application for CIRP is barred not only against itself but also against any other Corporate Debtor when the applicant-Corporate Debtor is found placed in circumstances expressed in Section 11. If the purport of Explanation II, which was impugned, is that the intention of the law was to only bar an Application for CIRP by a Corporate Debtor against itself, then, it will be unworkable and practically impossible. Explanation II, it was contended, is manifestly arbitrary. It was further contended that the amendment cannot be used retrospectively and take away the vested right.

Dealing with this challenge, the Hon’ble Court analysed the limbs of Section 11 and Explanation I. Then finally coming to Explanation II, it was opined that the intention of the Legislature was always to target the corporate debtor only insofar as it purported to prohibit application by the corporate debtor against itself, to prevent abuse of the provisions of IBC. It could never had been the intention of the Legislature to create an obstacle in the path of the corporate debtor, in any of the circumstances contained in Section 11, from maximizing its assets by trying to recover the liabilities due to it from others.

It was contended that immunity granted to the corporate debtors and its assets acquired from the proceeds of crimes and any criminal liability arising from the offences of the erstwhile management for the offences committed prior to initiation of CIRP and approval of the resolution plan by the adjudicating authority would further jeopardize the interest of the allottees/creditors.

The Court was of the clear view that no case whatsoever is made out to seek invalidation of Section 32-A. The boundaries of the Court’s jurisdiction are clear. The wisdom of the legislation is not open to judicial review. It was observed:

“The provision is carefully thought out. It is not as if the wrongdoers are allowed to get away. They remain liable. The extinguishment of the criminal liability of the corporate debtor is apparently important to the new management to make a clean break with the past and start on a clean slate.”

Further, it was stated that it must be remembered that the immunity is premised on various conditions being fulfilled. In Court’s opinion, there was no basis at all to impugn the Section on the ground that it violates Articles 19, 21 or 300A.

An allottee seeking to invoke the Code will now have to meet the minimum threshold requirement of hundred allottees or 10 per cent allottees, whichever is lesser. Those allottees, who find themselves unable to take advantage of the Code on account of the practical difficulties introduced by the recent Amendment, may consider pursuing remedies under RERA or the Consumer Protection Act.